There are so many incredible vegan smores recipes and we’ve compiled the very best of them here.

Check out how these incredible bloggers and recipe revolutionists take 3 simple ingredients – crackers, marshmallows and chocolate and turn them into these mouth-watering creations!

This is the ultimate list of Vegan Smores Recipes:

With a 3 ingredient crust, 2 ingredient filling and 1 ingredient topping, plus a few minutes in the oven these look divine! Being Gluten free and paleo scores extra points too.

Taking just 5 minutes work before throwing in the oven, these S’mores bars from Caitlin at From My Bowl are making our mouths water!

We love Haley from If You Give a Blonde a Kitchen’s S’mores Bars Recipe which are “better than real s’mores!”.

This No Bake Vegan Smores Bars by Yasmin from Nourishing Yas gets bonus points for being no-bake, so we can make them anywhere, even without a full kitchen.

Amy from Nourishing Amy made these crumbly, sticky and sweet flapjack-style bars layered with gooey vegan marshmallows and melted dark chocolate topped with an oaty crumble.

With only 11 ingredients and 10 minutes prep, this is another great plant-based recipe with simple, healthy ingredients from Kaylie.

Britt from the Banana Diaries has a ton of healthy plant based dessert recipes and we love this one the most!

This one is from Rebecca at Strength and Sunshine and is gluten-free, allergy-free and low sugar which makes it good for the little ones too.

These Vegan S’mores Cupcakes from Camila at Pies and Tacos are the ultimate vegan summer dessert! How amazing do they look!

These cheesecakes are made from a graham cracker crust, a cashew-based middle and topped with chocolate ganache and a marshmallow. They do take time to make (3 hours), but we’re sure you’ll agree its worth it! This one comes from Erin from The Almond Eater.

Here’s another s’moresome (get it) cupcake recipe from Elizabeth from Under The Willow Tree.

Another recipe from Holly Jade from The Little Blog of Vegan (check her Smores Macarons recipe on this page too) – these are “the most moorish cupcakes that have ever existed”.

Pies and Tacos are back with another recipe, this time with their Vegan S’mores Donuts – Just look at them! 😍

These Easy S’mores Pancakes from The Edgy Veg use a vegan buttermilk mix topped with marshmallows, graham crackers and chocolate.

Would you believe this recipe uses chickpeas and avocados to make these smores parfaits! The genius behind these is Amanda from The Mindful Avocado (see her Smores Ice Cream recipe below for more from her).

Here’s another one from Haley from If You Give A Blond a Kitchen, this time a variation of her S’mores Bars Recipe (see above for that).

Holly Jade from The Little Blog of Vegan made these crispy and chewy vegan, gluten-free and wheat-free S’mores macarons that look incredible!

Alexa Peduzzi is the founder of Fooduzzi, a plant-based food blog that made these S’mores Popsicles that take only 10 minutes to make.

Made with just 3 easy allergy-friendly ingredients, these S’Mores Pops are from Nicole at Allergylicious.

Know Any Other Vegan Smores Recipes?

We’d love to keep updating this list of smores recipes, let us know in the comments if you’ve got a vegan smores recipe we should add. 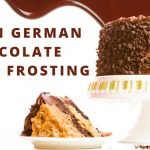 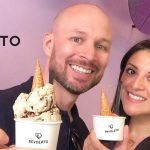